8 Questions for Sara Grossman: Urination entrepreneur and Queen Pee of the Stand Up 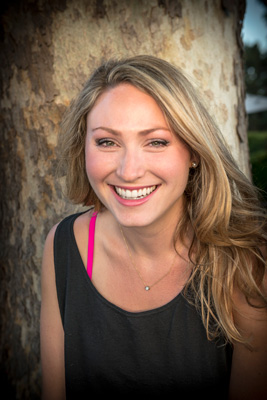 Sara Grossman is taking a stand – against sitting. On nasty toilet seats that is.

Earlier this year, the Lincoln Park native launched a new product that looks to literally change the way women pee. Called the Stand Up, this “biodegradable, disposable peeing accessory” allows for a guilt-free, hygienic bathroom experience for women tired of holding it in, squatting or resorting to any other gross or undignified way of going number one.

After many years of hearing women decry the uncleanliness of public restrooms and vocally wishing they could pee standing up, Grossman, who had those same thoughts and feelings herself, had an epiphany. Rather than wishing she could stand, she wished she had something that would enable her to stand. Another horrible airplane bathroom experience later and it struck her that “maybe I should just make this.” 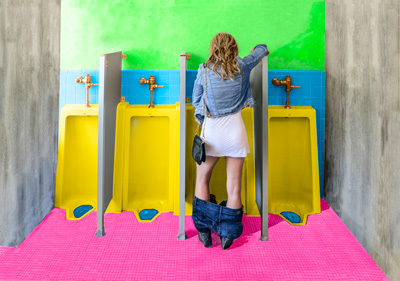 Although Grossman isn’t the first to invent a way for women to stand up when going to the bathroom, she’s the first to come up with a way that’s mainstream and fashion-forward. “That’s where I think my niche is,” she said.

Grossman graduated from Stanford University with an English degree, and despite coming back to Chicago to work in the First Lady’s department on the Obama campaign in 2012, she hasn’t been able to shake the West Coast and currently lives in San Francisco.

But we’ll give her a pass, because Sara Grossman definitely sounds like a Jew You Should Know.

1. What motivated you to take the leap from writing and creative pursuits to becoming an entrepreneur?
I actually don't think of it as a leap from my old interests as much as a leap from a path that would have been more comfortable and secure. Starting the Stand Up was an extension of my previous hobbies and passions that would enable me to do all the things I loved at once. After I came up with the idea, I would kick myself every time I walked into a dirty bathroom because I knew I could help myself if I just started designing. So I'd say it was more an obsession that motivated me to start working on it, and once I was working on it, it became immediately clear that this would be my most creative pursuit yet, as all the creative decisions were up to me.

2. What’s your scariest toilet horror story?
I once got locked in a port-a-potty when I was six years old. Somebody heard crying over the music and came to save me. I've been terrified of port-a-potties ever since.

3. What are the most notable successes and challenges you have encountered in empowering women to “take a stand” with you?
You know, a little less than a year ago, when I told people I was working on a pee funnel, most weren't interested in continuing the conversation much past that. I knew that bathroom experiences were bad enough that many women would opt for this solution, but the idea of a pee funnel has a stigma, and I could only hope that the Stand Up would overcome it. I think today, the biggest success to date has been watching totally fun, hip, great women pull their Stand Ups out of their purses for pictures, because they're not embarrassed to advertise that they're using them. They think it really is cool, not to mention fun, to use a Stand Up. 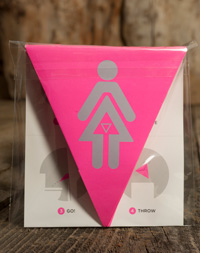 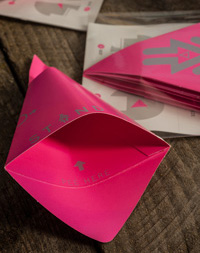 4. So many women at one point or another have wanted to pee standing up. Why do you think the existing pee accessories have struggled to take hold with the masses?
Well — for one — no other product regards itself as an accessory. The other pee products out there consider themselves devices or tools. And that's part of why I don't think they've been successful with a mainstream audience. Most of these devices are reusable, which doesn't work if you're out at a bar or in an environment where you don't want to have to deal with it after you use it. But otherwise, I don't think these devices were made with a fashion-conscious crowd in mind. I think we all make choices as to how we're presenting ourselves and we shouldn't have to make an exception for our pee funnels. We shouldn't be embarrassed to pull one of these out of our purses.

5. What would be your top three Chicago places to make the Stand Up available?

6. What have you loved most about being Queen Pee since you launched?
I think what I love most is that this brand attracts funny and fun people who really appreciate the sort of humor that would encourage its founder to name herself Queen Pee. And that I can now say, “the toilet is my throne and I refuse to sit on it.”

7. If you could have any celebrity endorse the Stand Up, who would it be and how would you use them?
I think Miley Cyrus has a great attitude about not sticking to the status quo just because it's expected of her, and Lena Dunham is all about being unabashedly real and human. Of course, we're all human – we just sometimes forget that that's okay. These ideas are totally in line with the Stand Up. I'd probably just have Miley and Lena (can I be on first name basis for the rest of this hypothetical?) be their hilarious selves by Instagramming all the gross places they're Standing Up to pee.

8. How do you Jew when you’re back home in Chicago?
Max and Benny's! And recently with the chopped liver and matzoh ball soup from Au Cheval. Mmmmm… chopped liver.